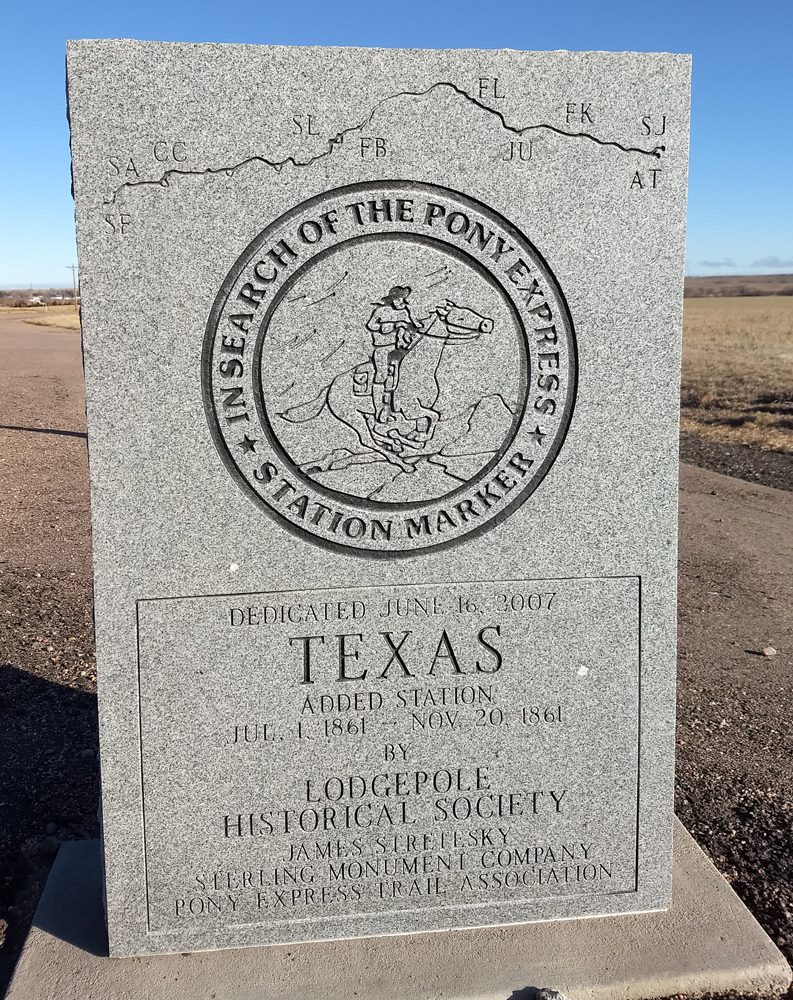 A marker commemorating the legendary Pony Express is located 1 mile south of Lodgepole on Highway 17F between Lodgepole and I-80.

Pole Creek No. 2 Station also known as the “Texas” Pony Express Station was not one of the original station sites. This station was put into service in July 1861 when a new mail contract called for twice a week Pony Express and a near daily stagecoach going both east and west. The original stations, were too far apart for the use of a stagecoach and thus the “Hughes Ranch” in the Chappell area and “Texas” sites were added.