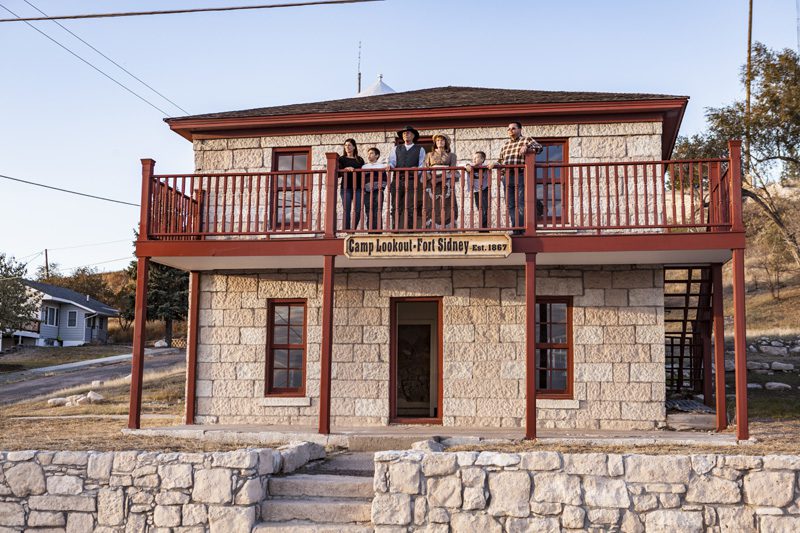 Camp Lookout is the oldest building in Sidney and perhaps the entire Panhandle. The structure was built in 1867 to house soldiers from Fort Sedgwick, Colorado, who set up an outpost along Lodgepole Creek to protect railroad workers pushing the Union Pacific across the plains.
Gold in California brought hordes of people moving across the prairie in wagons drawn by oxen, mules and horses.  A better form of transportation was needed.  The Union Pacific Railroad began building a transcontinental railroad.  Clashes between the Sioux and Cheyenne Indians and the railroad workers brought the military to the area that would eventually be named Fort Sidney. Later known as Sidney Barracks, it eventually became a lodging facility and then a private residence after the Army pulled out in 1894. Volunteers have been working tirelessly to have Camp Lookout brought back to it’s original state and tell the story.